Tyranny by Julian Casablancas + The Voidz ; 2014 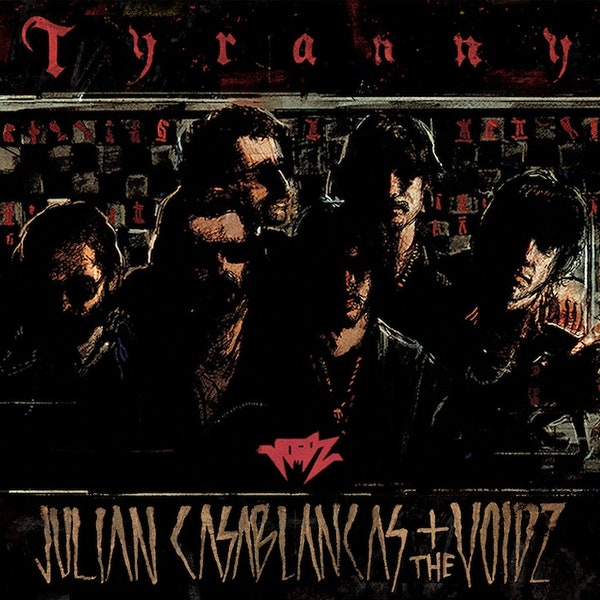 This very album *cough* (masterpiece) *cough* that the very talented group had created as their *legendary* launch; "Tyranny" by the Voidz (at the time the group was called Julian Casablancas + the Voidz) was recorded between 2013-2014 and finally released September 23rd, 2014.

I remember when I heard my first song from this album; Every Voidz' fan's first Voidz song; "Human Sadness". The song itself is 11 minutes long! Because it's most of Voidz fans' first song, & because of how special the song is itself, it quickly became a huge, widely beloved, iconic & collective fan favorite.

It was between 2014-2016 when I found the Voidz & listened to Tyranny; I cannot remember when exactly. All I remember was listening to this album everyday as a Freshman when id walk to school. When I first listened to Human Sadness, I was.. confused at what I was listening to. I might've even thought to myself that it wasn't good. I discovered the song because I already loved Julian Casablancas, the lead singer *i'm a die-hard fan* who was originally lead singer *and still is. yeah, he's in two bands* for the popular 2000's band, The Strokes. I grew up on Strokes. I even delved into listening to his solo music. So when I found out he was making NEW music, in another group?? I had to give it a listen. But the first listen.. really just had me lost.

In actuality, I was only later to find out.. the true beauty & magic in it all. The second time I had listened to it just led me down the most amazing domino effect. I went from Human Sadness, to listening to the whole album. Most of the songs after my first listen, I had the same reaction as I did when I first heard Human Sadness. The "what the hell am I listening to?" same reaction. But once I gave it all another listen..... that was when I was readied & really able to understand, to hear, to see the genius, corrupt, broken perfection within it all.

Fast forward to now and I still have to listen to at least a couple of the songs a day if not the whole album all over again. I do have favorites from their second album, Virtue (which I'll probably get to eventually) but holy fuck. Tyranny is just in its' own ballpark. It hits me on a whole other level.

I feel like something like Tyranny will probably never be created again by them, but that's okay because that just makes the album even more of a diamond than it is. I really just felt like venting how passionate I am about it because seriously I can't even put into words how much this album is like fucking pure magic to my ears. It's.. just. Beauty. I love everything about it. The unique sounds. The perfectly hidden short-lived beautiful tunes, hiding underneath all of the madness, the beauty in it being complimented & highlighted because it's just surrounded by dark hopeless noise. The amazing lyrics that just makes me wonder how does Julian come up with such perfect poetry? The kind of lyrics that made me feel touched when I first understood those words, and they continue to make me feel touched, everytime I give a listen. The whole album makes me feel touched, felt, raw, seen, heard, soothed, rocked, & straight up just otherworldy. It really takes me to another place, or, it makes me long even more, for, this other place I do not even know of.

listen to the album here!